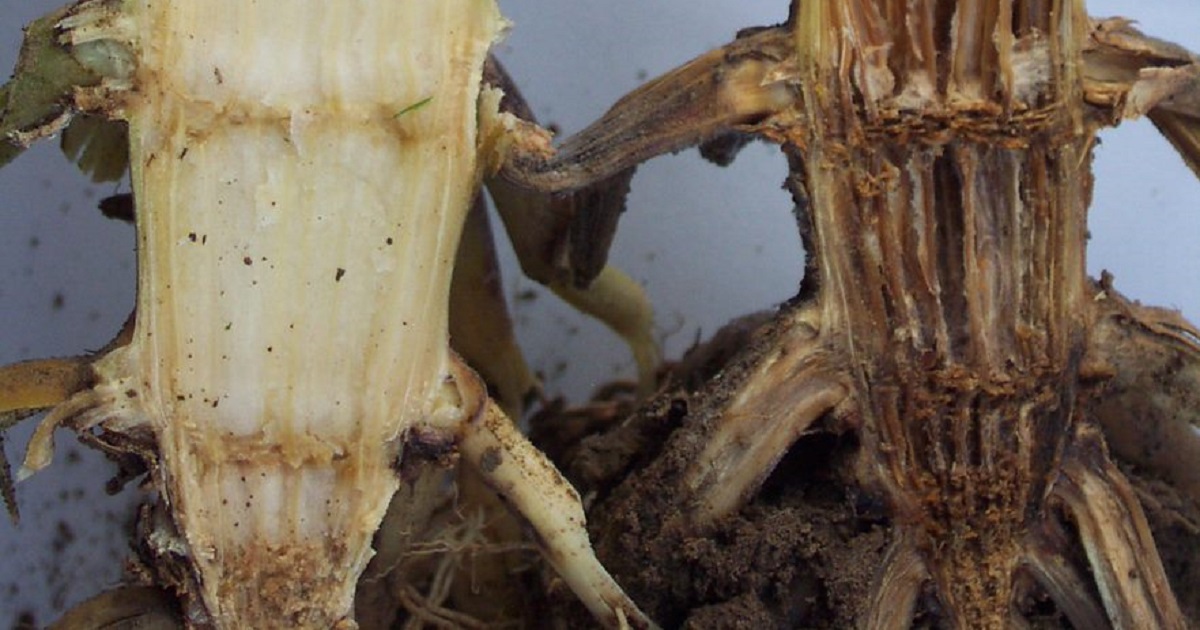 Wet conditions brought on by heavy rain this season forced a planting delay for many farms across the U.S. Months later, the impact continues to be felt, with agronomists now reporting widespread stalk rot challenges.

Because its symptoms do not appear until late in the year, stalk rot can sneak up on you during harvest. Taking the time to scout for rot disease – and knowing what to look for – could be critical in preventing losses. If you find that 10% to 15% of your plants are affected by any of these 4 common rot diseases within 60 days of harvest, early harvest may be beneficial to avoid yield damage:

When scouting for these rots, walk your field following a “W” pattern. While doing so, randomly check 100 stalks with either the pinch or push tests. If your stalks fail the test, you may need to consider an earlier harvest date.

Pinch Test: Use your fingers to pinch the stalk between the 2 lowest internodes to check stalk strength. If the stalk cannot withstand the pressure of the pinch and collapses, then it fails the pinch test. If it does not collapse, your stalk is strong enough to not be considered a threat to stalk rot.

Push Test: From its vertical position, push the stalk to a 30-degree angle (approximately 8”) at eye level. If the stalk stays at this new angle and does not return upright, it fails the push test. If it springs back up when released, it passes.

For additional recommendations, speak to your local NK® retailer.