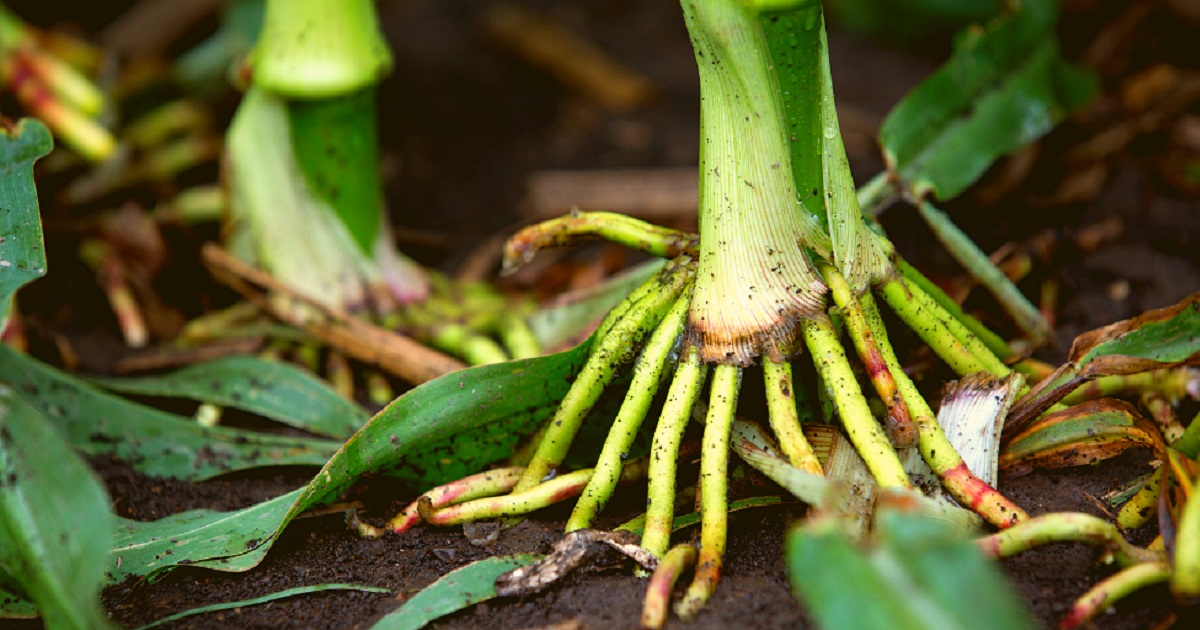 Does a wet season mean your corn roots are safe from insect pests? Yes and no.

For corn growers, a wet season has both positive and negative impacts on insect pressure. It’s important to evaluate your situation, after the 2019 growing season saw record levels of rain and storms across the Midwest.

Weather conditions have likely influenced different insect populations in varying ways. The effects on both harmful and beneficial species will last not only for the duration of this season, but also into the next.

It’s true that wet weather can drown insects that hatch or dwell underground. Examples of species that may have been vulnerable this year include:

The Michigan State University Extension says that a cooler, wetter year favors many soil-dwelling pests, like slugs and seed corn maggots. Crop growth is slower in these conditions, allowing insects to feed on corn plants longer and cause more damage than usual.

The stormy season also interfered with herbicide applications, increasing weed populations in affected areas. As a result, growers may face greater pressure from insect species that use common weeds, like marestail, as egg laying spots, habitats and food sources.

This year’s late planting could provide an opportunity for CRW to spread to new fields, including those that have experienced low CRW pressure in the past. A field with late-planted corn will have fresher silks longer into the season. This can attract adult CRW beetles from other locations.

If a population moves in, it can lead to concentrated egg laying come 2020.

In addition to monitoring for CRW and other insects this season, we recommend considering Force® 6.5G insecticide for next season, which features a high-load granular formulation to give you proven control with fewer stops to refill. It manages CRW and other soil-dwelling insects with enhanced convenience.

Learn how to control corn rootworm pressure in your fields with the new Force 6.5G Interactive Infographic.

It’s important to regularly scout for pests that could be eating your profits. Get tips on scouting for corn rootworm (CRW) in our previous post.

If a corn rootworm population is allowed to infest your fields, it could damage your crops, season after season. We have information to help you control the corn rootworm life cycle from the start.

Don’t miss the rest of our Know More, Grow More series on protecting your corn yields from insect pests.