Unknown Corn Yield Losses? Solar Radiation May Be the Answer 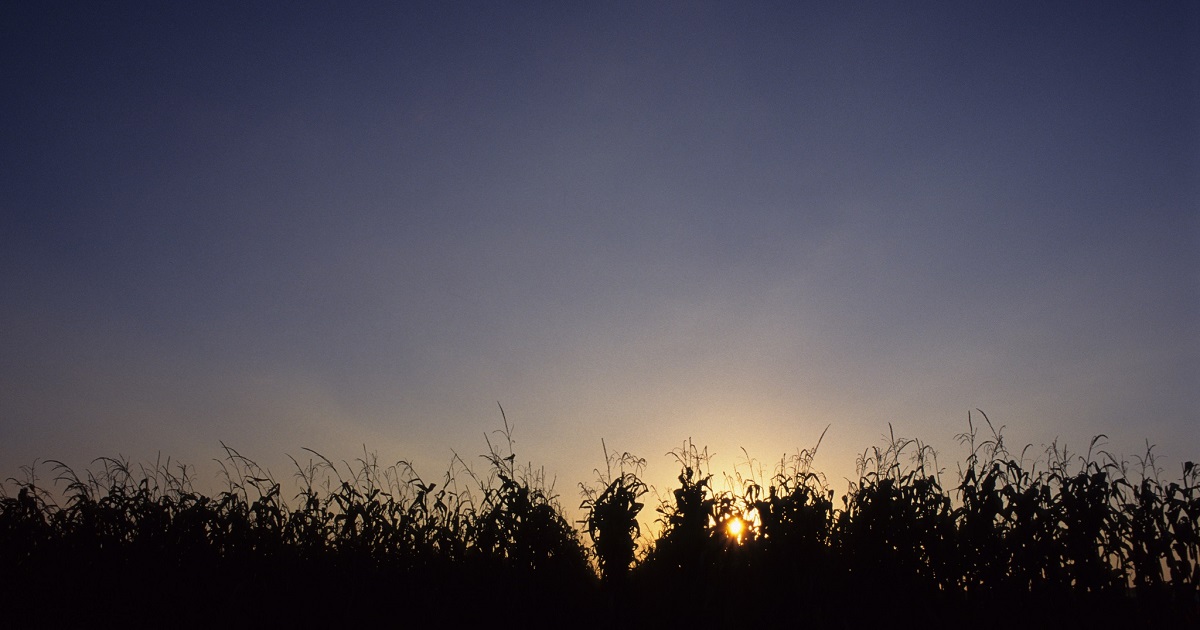 This has been a unique year in many ways. Record rainfall and unprecedented planting delays occurred broadly, and many obvious factors such as planting dates and drought are influencing final yields. But there are other, less apparent – and less easy-to-understand – issues causing challenges as well. Those include solar radiation.

In addition to temperature and precipitation, available solar radiation from sunlight plays a strong role in corn growth and development. Tracking temperature and precipitation deficits in-season are often easier to visualize than seasonal sunlight accumulation, but as the maps below show, photosynthetically active radiation (PAR) differed greatly in 2019 compared to the prior 6-year average (2013-2018). 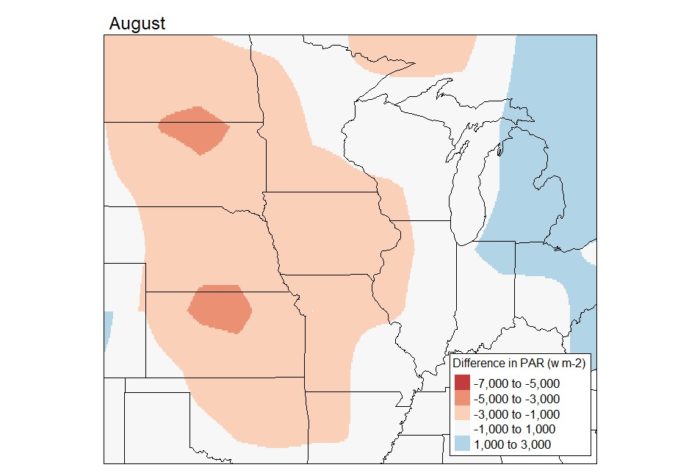 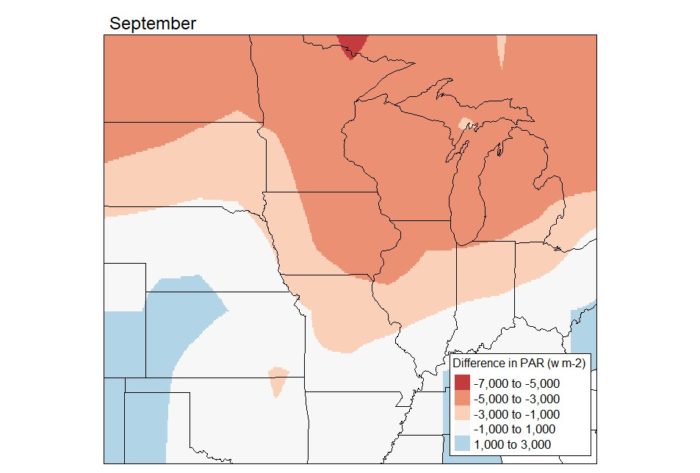 Sunlight is an essential component in photosynthesis that results in the production of carbohydrates used for plant development and grain production. Reductions of available light at key growth stages can have negative impacts on yield and possibly put plants at higher risk for stalk lodging. Low solar radiation has the biggest effect on yield during silking and grain fill periods. Experiments that intentionally shaded corn to approximately 50% solar radiation reduced yields by 12-20% when shaded during silking and by 19-21% when shaded during grain fill.1,2 Shading during silking results in ear tip-back or fewer kernels per row while shading during grain fill results in decreased kernel weight from shallower kernels.

Flowering commonly occurs mid- to late July followed by grain fill throughout August in most geographies with normal planting dates. July and August are therefore the most critical months when evaluating seasonal sunlight deficiencies’ impact on yield and stalk strength. If planting was delayed into late May/early June, it may be more applicable to consider the solar radiation’s impact on corn in August and September because flowering and grain fill dates are later than normal.

Corn can become even further susceptible to lodging if sunlight is limited during the grain fill period. Limited photosynthesis during grain fill signals the plant to remobilize carbohydrates from the stalk to the ear, weakening the stalk. This problem can be further exacerbated when near-perfect growing conditions during ear size determination (at V6 for kernel rows/ear and at V18 for kernels/ row) and pollination are followed with below-normal solar radiation during grain fill. Favorable growing conditions throughout flowering will set plants up for higher yield potentials and create a greater demand for carbohydrates during grain fill than the plant may be able to supply with limited light availability.

Solar radiation maps illustrate areas receiving both higher- and lower-than-normal daylight accumulation for each month. Below-normal July accumulations in northern NE, northwest IA, western MN and almost all of the Dakotas in 2019 may explain unexpected ear tip back and reduced yields for these areas. August continued to encounter below-normal light accumulation in most of the same areas while also expanding across a larger geography into remaining parts of IA, NE, KS and sections of MO, western IL and northern OK. Lower light availability in these areas for August could have increased demand for carbohydrate relocation from stalks to support grain fill, resulting in higher potential for stalk lodging, reduced yields or a combination. Areas forced to delay planting into June should also consider light-limited geographies within the September map that could be at higher risks due to stress during grain fill. Continue to scout fields throughout harvest and adjust harvest schedules accordingly to help minimize losses.

For additional recommendations, speak to your local NK® retailer.

Sign Up for the Know More, Grow More Digest to receive twice-monthly agronomic e-mail updates pertinent to your area.