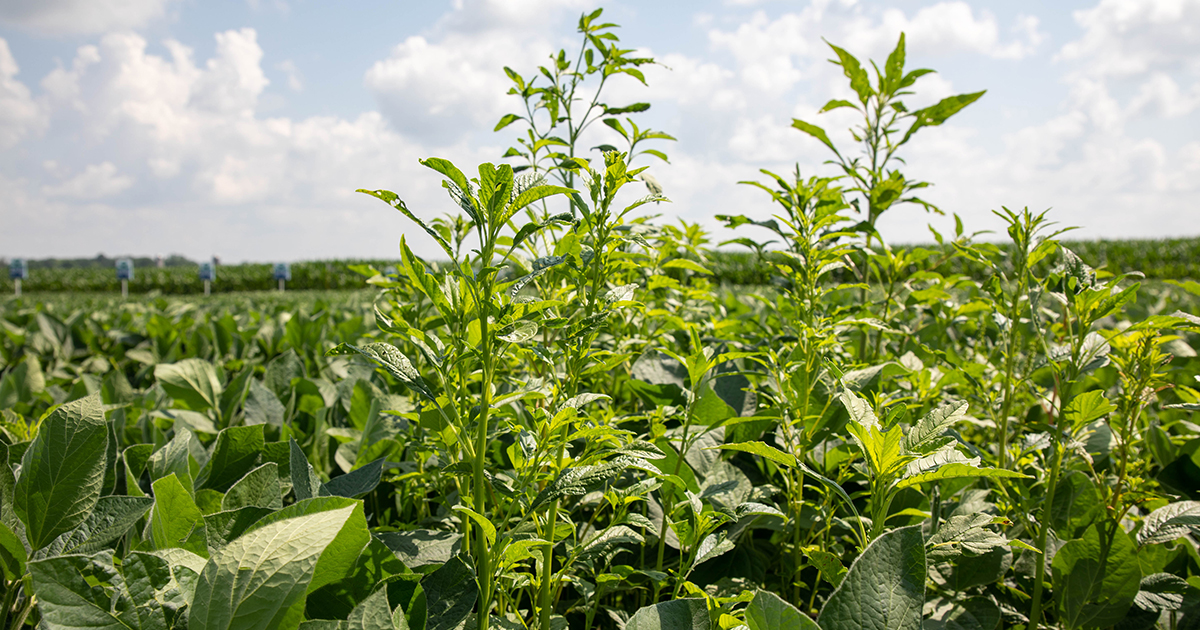 A recent AgWeb poll asked about 400 growers what the “top weed nemesis” on their farm is. Waterhemp took the top spot, earning 35% of the votes. But why is waterhemp so tough to control?

Waterhemp is a small-seeded broadleaf weed that compensates for its tiny seed size with a higher growth rate than most weeds. Its lightweight seeds thrive in minimum and no-till situations, where they quickly germinate near the soil surface or in crop residue. Waterhemp plants generally produce about 250,000 seeds per plant, although some plants can produce as many as 1 million seeds, making them a prevalent and costly problem for corn and soybean growers.

Waterhemp emerges throughout the growing season, and a higher percentage of this plant appears later in the season than most annual summer weeds. This allows waterhemp to escape many preemergence herbicide applications, and often allows this species to flourish after post-emergence applications of non-residual herbicides like glyphosate. Waterhemp plants that are left to go to seed can quickly populate the soil seed bank with millions of seedlings, spreading resistance and ensuring it remains a costly problem for years to come.

For out-of-this-world weed control of waterhemp in corn, we recommend Acuron® GT post-emergence corn herbicide. With the powerful combination of 4 active ingredients, including bicyclopyrone, and 3 sites of action, Acuron GT delivers faster knockdown and enhanced control of tough-to-control weeds like waterhemp. In a recent email survey, Acuron GT customers who identified waterhemp as their most troublesome weed rated Acuron GT 5 out of 5 stars on average for its performance.

Acuron GT offers faster knockdown, enhanced control and longer-lasting residual. In Syngenta trials, Acuron GT has delivered the ultimate post-emergence weed control, averaging greater than 90% control on both large-seeded and small-seeded broadleaves like waterhemp.* Need to see it to believe it? Explore the performance map to see the proven results of Acuron GT near you.