Growing season is well underway for apple, pear and cherry growers in the Columbia Basin in WA. Due to wet and warm weather in the area, disease and insect pressures are high in tree fruit orchards. Here are the top 3 pressures to monitor at this stage in the season:

Fire blight pressure remains high in Columbia Basin pear and apple orchards again this season. If growers were unable to eliminate fire blight from their orchards last season, the disease overwintered as cankers that have begun to ooze bacteria as temperatures rise. These bacteria spread throughout an orchard via insects and other natural causes such as wind. If left unchecked, branches, leaves and flowers will begin to shrivel up and appear scorched. 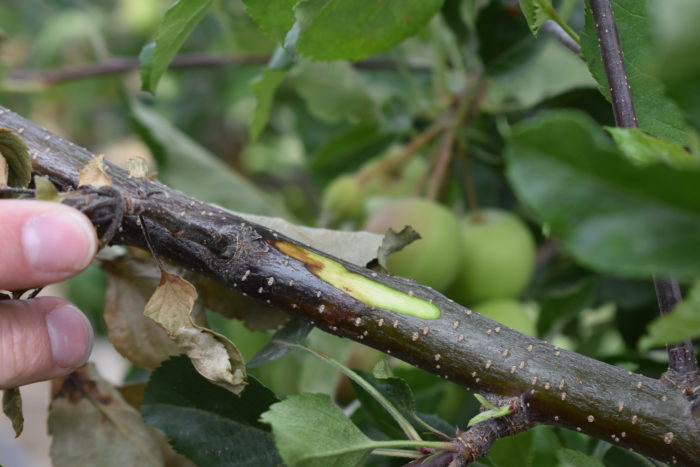 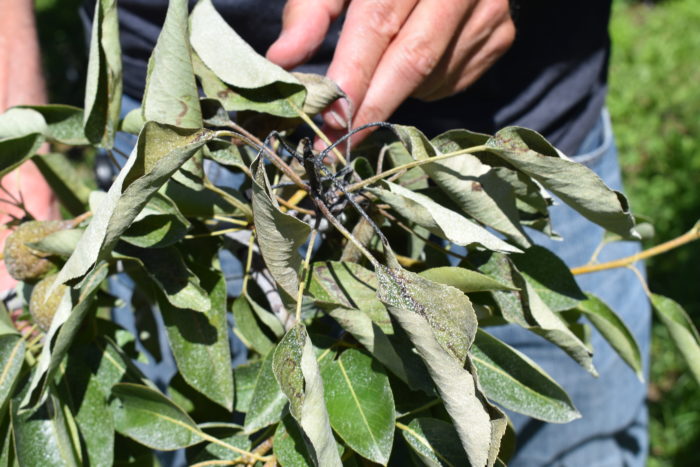 Timely applications of Actigard® 50WG plant activator can be an effective component of a fire blight prevention plan, as it stimulates the tree’s natural defense, much like a vaccine. However, if fire blight is found in an orchard, growers should immediately cut at least 12 to 18” below the noticeably infected area to remove the highest concentration of bacteria. To continue fighting any pathogens that were not removed with the cut, growers should paint a concentrated solution of Actigard on the infected area to reduce the chances of re-developing symptoms.

Similar to fire blight, powdery mildew disease overwintered in many apple, pear and cherry orchards this year. The disease can be easily identified by the white to gray residue that forms on leaves, branches, flowers and fruit. Powdery mildew causes russetted scars on the fruit skin which leads to severe losses in crop marketability. 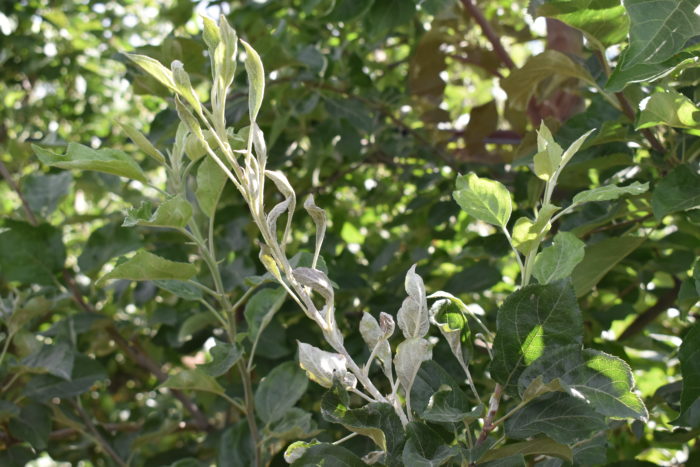 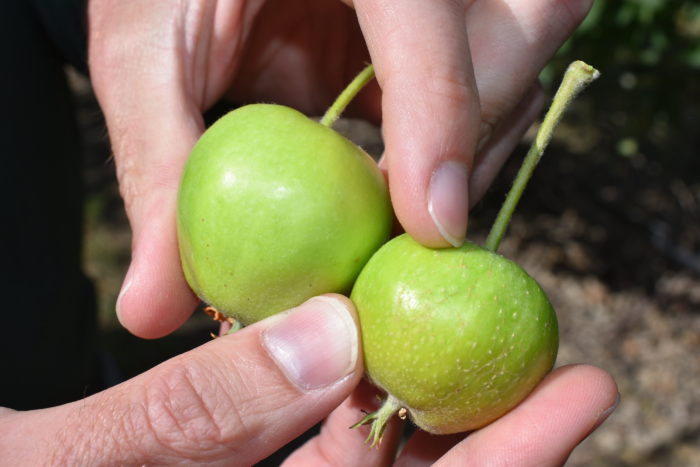 Apple fruit from a healthy tree (left) vs. fruit from a tree infected with powdery mildew (right) in Quincy, WA

Use Aprovia® fungicide regularly from petal fall up until 7 to 10 days from harvest to protect apple and pear crops from powdery mildew. Inspire® fungicide can help control powdery mildew in cherry crops when applied on a 10- to 14-day interval from the end of petal fall until harvest. For all 3 crops, carefully scout orchards for any sign of infection, and cut out infected branches to prevent further spread of the disease.

Codling moth pressures have reached epidemic levels in Columbia Basin pear and apple orchards. Codling moth larvae burrow into apples and pears, creating reddish-brown tunnels into the core of the fruit and reducing crop marketability. The insect can have 2 to 4 generations per year and, if left untreated, codling moth has been known to infest anywhere from 20 to 90% of an orchard’s fruit. 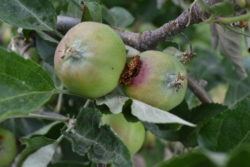 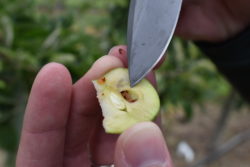 BeSure! to Protect Our Pollinating Pals

Protect Pollinators and Yourself with Safe Pesticide Use