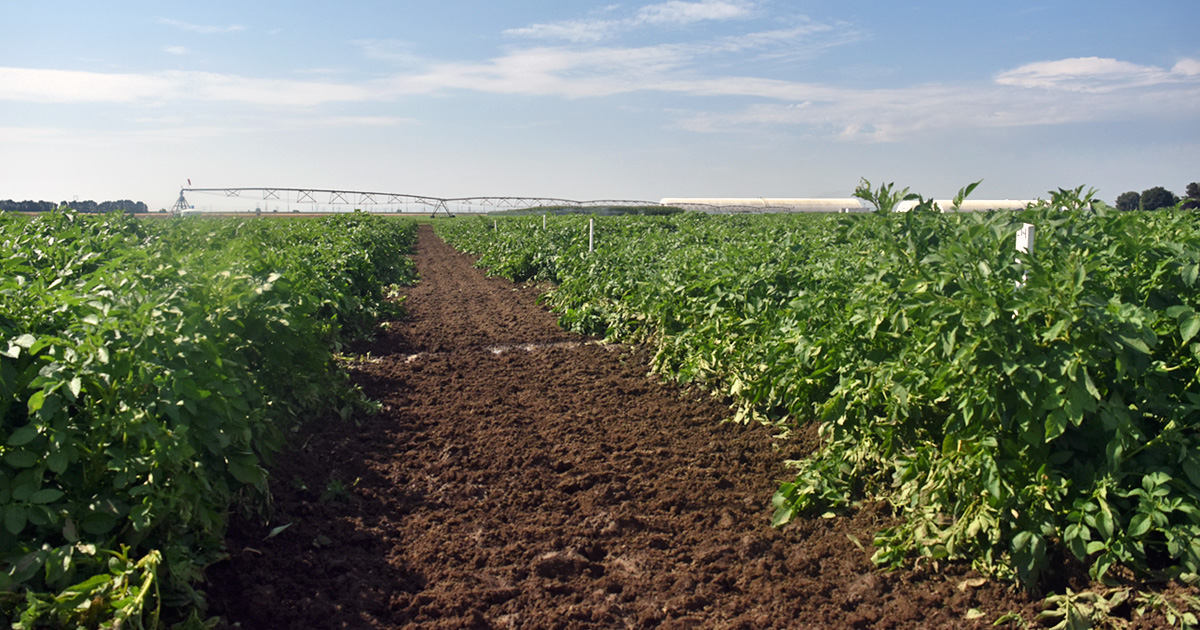 The potato trial at the Ephrata, WA, Grow More™ Experience site during summer of 2021.

As the 2021 harvest season draws to a close, it’s important to review and analyze key findings from the season so we can inform our future disease and insect management plans. Here are some 2021 season results and helpful tips for planning for the 2022 growing season: 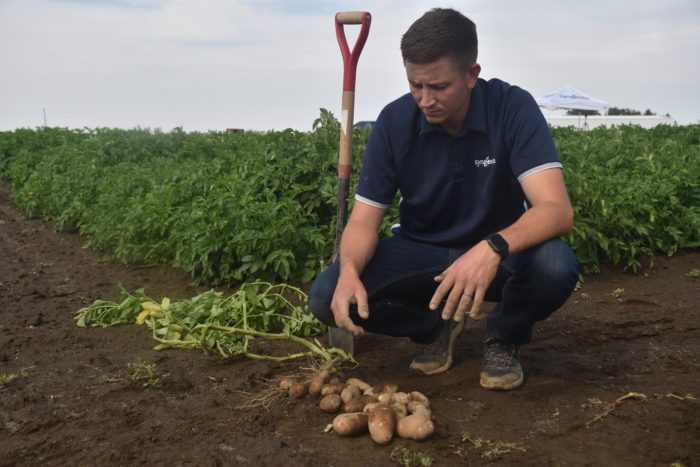 Seasonal pressures in the Pacific Northwest

2021 brought many challenges to potato growers in the Pacific Northwest. Excessively high temperatures lasted the majority of the growing season resulting in many different physiological and developmental issues in our potato crop across the region. The impact from heat stress was heavily influenced by variety and planting date. At the Ephrata, WA, Grow More™ Experience site the planting date is on the later end of the planting window and there were significant differences between the Burbank Russets and Norkotah Russets in terms of early season canopy growth and overall plant health.

The Burbanks seemed to withstand the heat better during canopy development and into flowering but as we pulled the potatoes out at harvest, the Norkotahs seemed to handle the heat more favorably during the bulking stages. The yields between varieties showed us the Norkotahs handled bulking much more consistently and significantly outyielded the Burbanks for marketable yield. The end of season cool down around harvest helped the crops finish strong and get the potatoes into storage. The weather presented many unpredictable challenges this season, but it also showed us the value of re-assessing all production variables to consistently perform year in and year out 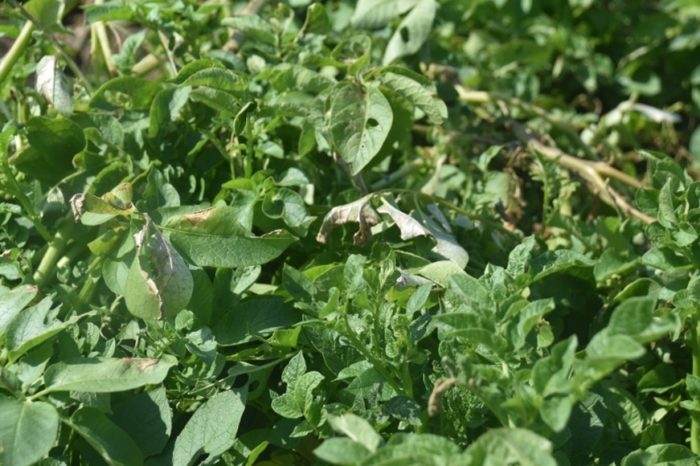 As potato plants are exposed to heat stress, the chances of the plant suffering from a long list of potato diseases increase and the pressure of those diseases worsen. The most common heat stress-related diseases include black leg, brown spot, black dot, early die and early blight.

The constant need for irrigation creates a suitable humid environment in the canopy coupled with heat-induced injury, opened up the plants for infection of foliar diseases like early blight. Having a disease management program in place for this disease including products such as Amistar® Top and Miravis® Prime fungicides puts up a great defense against controlling key foliar diseases. 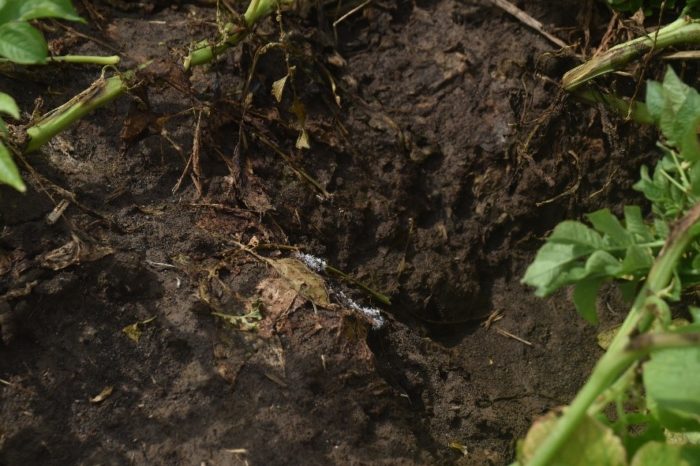 White mold pressure showed up a little later than usual in 2021, but it was still present, and early blight infected Norkotahs earlier than usual. In instances where white mold creeps up later in the season, it is important to plan ahead with a protective fungicide such as Omega® 500F fungicide. 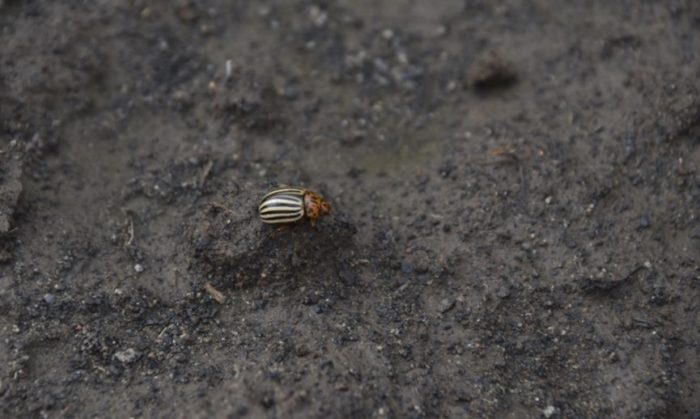 Every year the Colorado potato beetle (CPB) proves to be a recurring threat for growers. Two of the challenges for controlling this pest each year deal with length of residual control and the pest’s increased resistance to insecticides as overlapping generations of CPB are discovered each year. The use of foliar insecticide programs that rotate modes of action are important to offering protection against the harmful pest. We recommend products such as Minecto Pro® insecticide and Agri-Mek® SC miticide/insecticide to help protect yields against CPB.

Other pests seen this season

Another group of pests that were present during the 2021 growing season were potato psyllids. This year, about 2 dozen potato psyllids in the Washington State University collection network tested positive for Lso bacterium. Lso bacterium causes Zebra chip in potatoes which can result in internal discoloration of potato tubers and has the potential to impact potato end-use quality. A no-gap insecticide program is recommended to combat the pest. We recommend several insecticide products that can be used in those programs such as Cruiser® 5FS or CruiserMaxx® Vibrance Potato seed treatment for early season protection and other insecticides such as Agri-Mek SC, Warrior II with Zeon Technology®, Minecto Pro, and Besiege®. Platinum® insecticide is also an option at planting for those customers who do not use a neonic insecticide on their seed.

The beet leafhopper, an insect that is important to control early, was also prevalent in 2021. A small torpedo shaped pest, beet leafhoppers transmit phytoplasma that results in purple top disease in potatoes. Early infection from this disease can cause wilting, purple hue to foliage, stunted tuber formation and potential aerial tuber formation. We recommend starting insecticide programs early with Cruiser® 5FS or CruiserMaxx Vibrance Potato seed treatment on the seed piece as well as early season programs containing Warrior II with Zeon Technology.

When preparing for the 2022 season, it’s important to keep weather, disease and insect pressures in mind, so they don’t catch you by surprise as the season progresses. Contact your Syngenta sales representative for help planning your potato crop management program.

BeSure! to Protect Our Pollinating Pals

Protect Pollinators and Yourself with Safe Pesticide Use