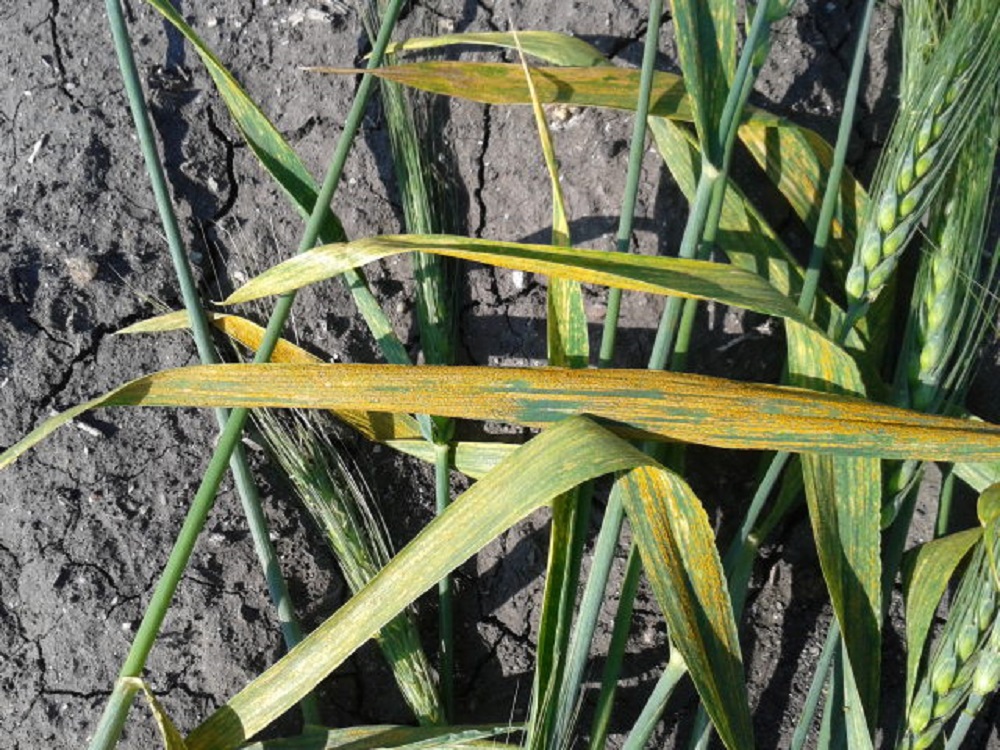 Wheat growers across the U.S. need to be prepared for stripe rust this season. Already having been identified in multiple regions, it’s important to be on the lookout for this disease, especially as temperatures get warmer.

According to the University of Wisconsin, wheat growers should be prepared for continued stripe rust pressure throughout the Midwest this season. Since this disease has already been confirmed in Nebraska in late January, it’s likely that stripe rust will continue to be an issue in the Midwest, among other regions.

According to the University of Delaware, stripe rust was also confirmed in Robeson County, NC, which increases the chances of pathogens spreading throughout the South, as well.

In addition to stripe rust, Bob Hunger, Extension Wheat Pathologist at Oklahoma State University explains that leaf rust overwintered in Oklahoma wheat that was planted in mid-September, which has evidently spread to some of the newer leaves.

It’s important to get ahead of pests, especially with conditions as unpredictable as they’ve been in much of the country. It’s also best to start early and scout at multiple stages of the growing season. When scouting for rust, look for bright yellow pustules on the flag leaves.

If you find rust in your wheat, we recommend applying Trivapro® fungicide, which provides long-lasting control of stripe rust and leaf rust in wheat. One application of Trivapro delivers stronger residual control compared to competitive 1-pass and 2-pass programs.

Maintain consistent scouting practices throughout the season, and increase the frequency as needed during times of high pest pressure. It’s much easier to prevent diseases than try to control them once they are already present in the field.