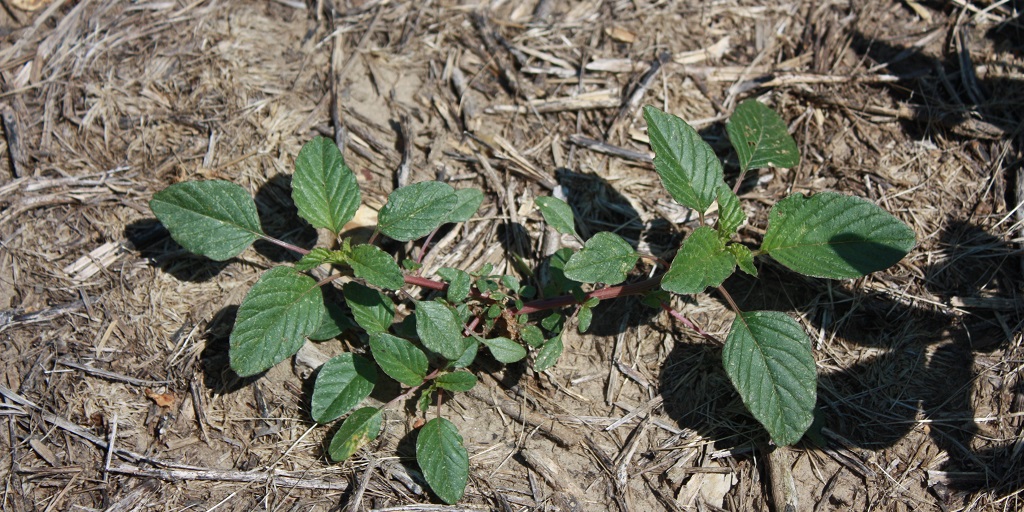 Palmer amaranth’s reputation as a difficult-to-control weed often precedes its arrival. After working its way through the South, Palmer amaranth is now moving into the Midwest. According to Joe Wuerffel, research and development scientist at Syngenta, Palmer amaranth has now been reported as far north as Minnesota.

A small-seeded broadleaf weed, Palmer amaranth produces thousands of seeds that are well adapted to today’s minimum and no-till practices. Seeds typically germinate close to the soil surface and emerge well into the season, sometimes even after harvest has concluded. Worse still, many populations have developed resistance to glyphosate, ALS and HPPD inhibitors, with some exhibiting resistance to multiple modes of action. Because Palmer amaranth can cross-pollinate with other weeds in the amaranthus family, resistant populations can spread rapidly, overtaking entire geographic areas.

Learn more about how to identify and manage Palmer amaranth.

Despite it’s tough reputation, Palmer amaranth is manageable with a start clean, stay clean approach to weed control that incorporates multiple, effective modes of action. Syngenta recommends Acuron® corn herbicide, which has 3 effective modes of action (Groups 5, 15 and 27) and Acuron® Flexi corn herbicide, which has 2 (Groups 15 and 27). For optimal control of Palmer amaranth, these brands should be applied before it emerges. Acuron and Acuron Flexi can be applied alone or pre-emergence followed by a post-emergence application of Halex® GT corn herbicide (Groups 9, 15 and 27) plus AAtrex® corn herbicide (Group 5).

Syngenta also offers an effective weed control program in soybeans that starts with BroadAxe® XC herbicide (Groups 14 and 15) or Boundary® 6.5 EC (Groups 5 and 15) herbicide for pre-emergence weed control of Palmer amaranth with long-lasting residual and multiple modes of action. A post-emergence application of Flexstar® GT 3.5 (Groups 9 and 14) delivers 2 different modes of action to control glyphosate and ALS resistance.