With heavy rainfall, continue to scout for soybean rust 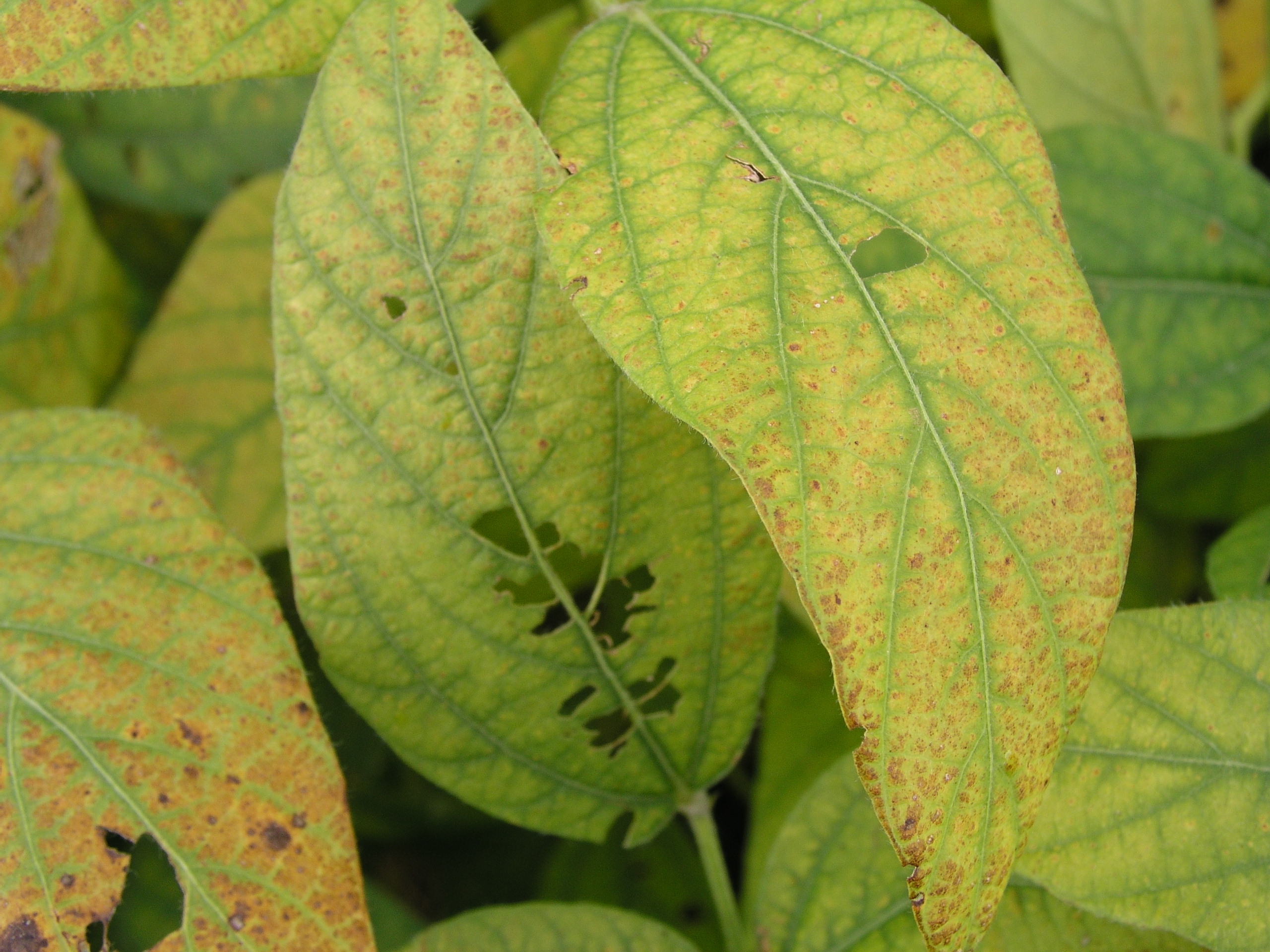 Due to recent periods of high rainfall, soybean rust continues to be a threat across the South.

Soybean rust is able to spread rapidly during prime weather conditions, including extended periods of wet weather, moderate temperatures, and high humidity. According to Syngenta research, soybeans can experience severe defoliation in as little as five to seven days after the first exposure, with spores surviving 40 to 60 days.

Soybean rust spores are spread by wind and can travel thousands of miles on southerly winds to the Midsouth and Midwest. The Economic Research Service of the USDA predicts that damage of this magnitude could cost U.S. soybean producers $240 million to $2 billion annually.

In addition to the symptoms Syngenta outlined previously, also be on the lookout for:

Thankfully, fungicides sprayed at the earliest stages of disease development are extremely effective against soybean rust. Keep in mind that Syngenta offers Trivapro™ fungicide for growers looking for the most powerful, long-lasting preventive and curative activity against soybean rust. Trivapro helps shut down existing disease and prevents future infections. It helps crops to better achieve their full genetic yield potential by protecting against rust and drought stress, lengthening the pod fill window, and helping plants grow and reach canopy faster to help reduce weed pressure for maximum return on investment.

Photos are either the property of Syngenta or used under agreement.