Harvest is Near: Know How to Identify 5 Mycotoxins in Corn 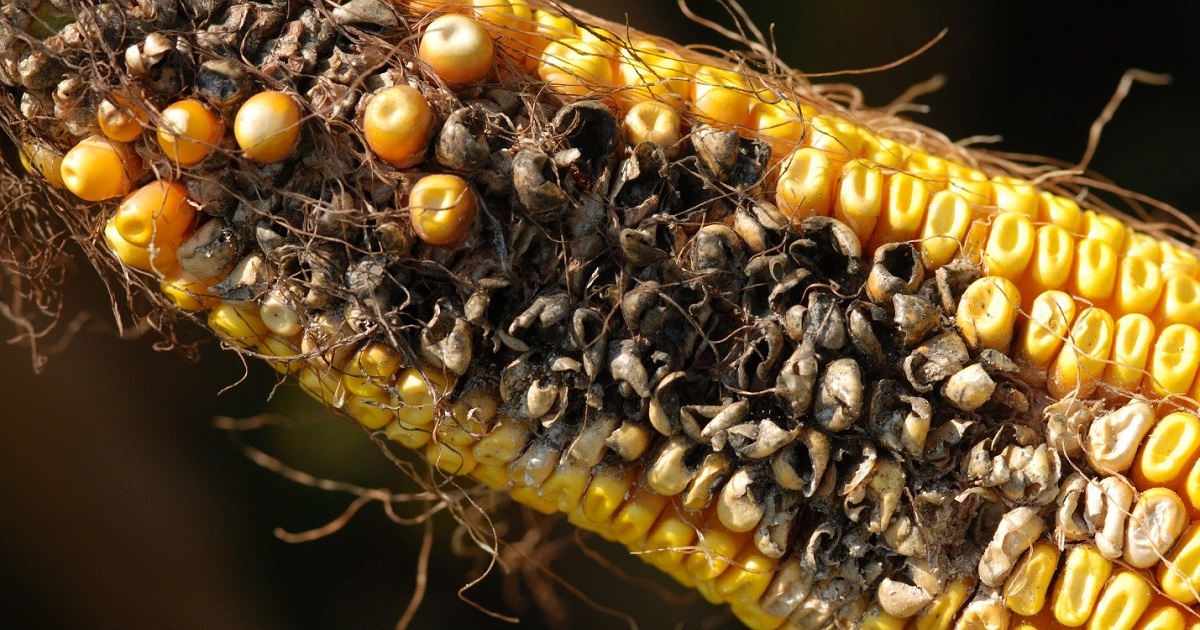 Ongoing weather-related challenges could bring risk of corn ear and kernel infections this harvest season. With several factors to consider as you prepare to harvest corn, make sure scouting for mycotoxins makes your list.

Not only can mycotoxins be extremely harmful to humans and animals, they can also have a severe economic impact. Contaminated grain restricts marketability and may be docked in price, and dried distillers’ grains may be rejected.

Different mycotoxins affect livestock differently, so it is important to correctly identify the responsible ear rot and its associated mycotoxin. Knowing this information early can help create plans for how to harvest, dry and market your grain. Here are the 5 most common mycotoxins in corn:

There are multiple tools to dramatically reduce mycotoxins, especially aflatoxins. In addition to minimizing crop stress through sound in-season agronomic practices during the growing season, plan to harvest, dry and store grain at appropriate moisture levels to reduce risk of mycotoxin development.

Going into next season, consider planting NK® corn hybrids with the Agrisure Viptera® trait for the most comprehensive insect control, reducing insect feeding damage to ears and protecting grain quality.

For additional recommendations, speak to your local NK retailer.