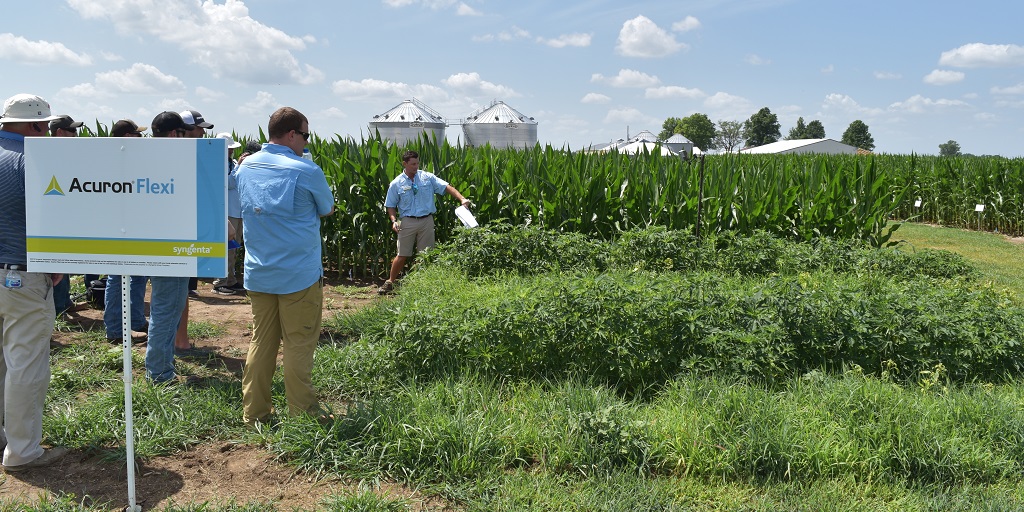 Corn yield potential is at its highest the moment you plant your seed. After that, environmental stresses like weed pressure, disease and drought slowly, or rapidly, reduce each plant’s potential. One of the biggest yield robbers is early-season weed pressure.

Weeds present at corn emergence redirect the suns’ rays. Instead of being absorbed by the ground between the rows, the light bounces off weeds and back toward the growing corn. In response to these changes in light quality, corn initiates a set of shade-avoidance responses, which fundamentally alter the way they grow. These changes negatively impact yield and cannot be overcome with post-emergence weed control. 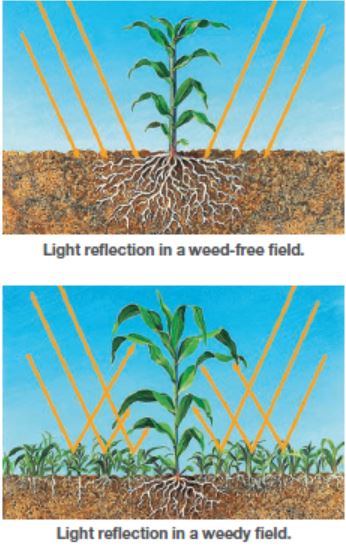 While some of these characteristics (taller, wider leaves) seem positive, they come at the expense of root development and limit corn’s ability to reach its full yield potential. A strong root system is essential for corn plant development throughout its lifecycle, and optimum yield is compromised because of the energy shift to produce shoots instead of roots. A smaller root system struggles to support the plant but also isn’t developed enough to respond in unfavorable growing conditions, such as water stress.

To start in clean, weed-free fields and remain clean throughout the season, we recommend a burndown application with Acuron® corn herbicide as the burndown and residual herbicide component, or a burndown application followed by Acuron or Acuron Flexi corn herbicide. Both Acuron brands contain multiple, effective sites of actions, including bicyclopyrone (Group 27), which was developed to complement Callisto® herbicide (Group 27) and provides improved control of large-seeded broadleaves.

Since large-seeded broadleaves often come in flushes and residual is important to maintain season-long control, we recommend applying Acuron or Acuron Flexi in a 2-pass system: a foundation rate of Acuron or Acuron Flexi followed later by the remaining rate. This approach integrates multiple, effective sites of action and lengthens the residual window to ensure weed-free fields until canopy closure.

Are you using Acuron or Acuron Flexi this season? We want to see. Share your photos on social media using #toughweeds.

Contact your Syngenta representative to visit the Columbia, MO, Grow More Experience site and check the Know More, Grow More blog throughout the season for periodic updates and event recaps. Or sign up for our Know More, Grow More Digest to receive twice-monthly agronomic email updates pertinent to your area.

Photos are either the property of Syngenta or used with permission.