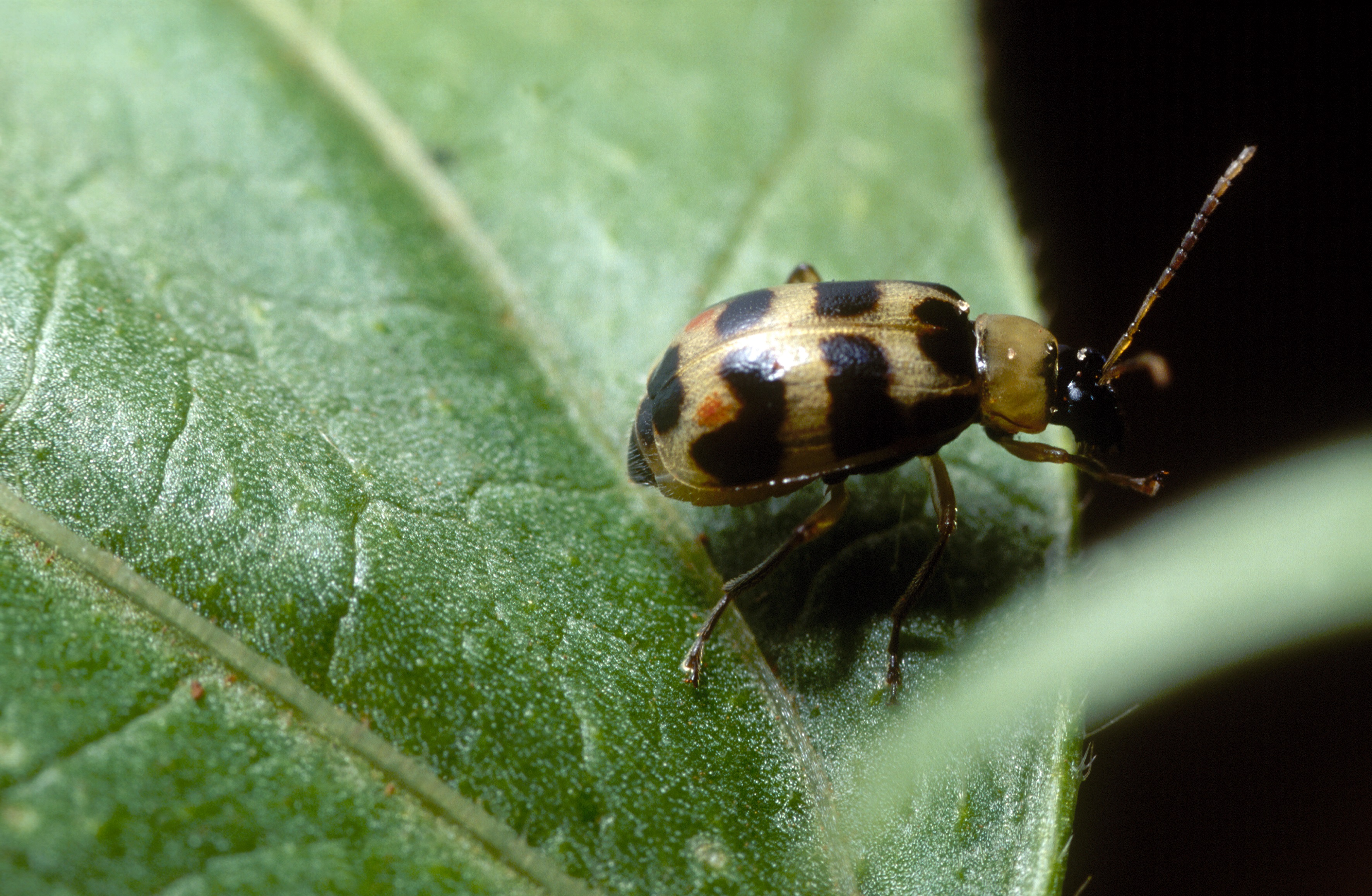 In light of the mild winter and wet spring, University of Arkansas extension entomologist Gus Lorenz predicts 2017 will be a “bug year.”

One report was from Angus Catchot, extension entomologist at Mississippi State University – he tweeted that bean leaf beetle populations have already reached the economic threshold in his area.

According to The Ohio State University, late-planted soybeans typically miss first-generation bean leaf beetles; but, may experience second-generation pressure during their early, vulnerable stages of development.

Purdue University highlights some of the damage caused by bean leaf beetles:

Lorenz advises growers to begin scouting for bean leaf beetles now, before they contribute to damage and yield loss.

Photos are either the property of Syngenta or are used with permission.