The Dirt on Large-seeded Broadleaf Weeds 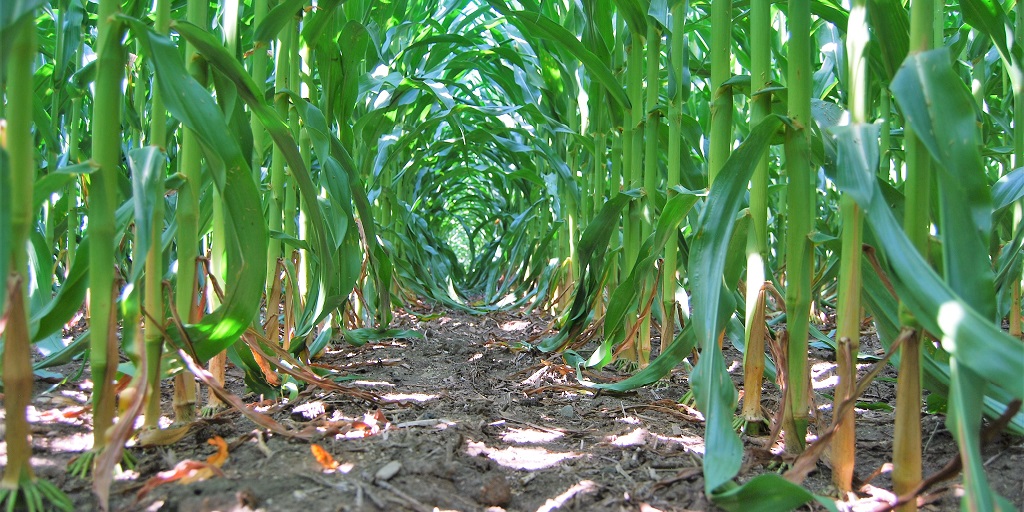 Urbana, Ohio: Acuron applied pre-emergence at 2.5 qt/A with 1 qt/A atrazine in a field with a history of giant ragweed pressure. Application made on May 28, 2016. Photo taken 88 days after treatment.

Cocklebur, giant ragweed and morningglory are often referred to as “large-seeded” broadleaf weeds because they produce larger seeds than their small-seeded counterparts: lambsquarters, marestail and waterhemp. While large-seeded broadleaf weeds tend to produce fewer seeds, the seeds are heartier and often remain viable in the soil for decades. Due to their larger size, the seeds often emerge from deep within the soil profile and present a larger plant mass when they appear, making them more established and difficult to control. To complicate matters, they often appear in flushes, which makes choosing a herbicide with strong residual control a must.

Since large-seeded broadleaves often come in flushes and residual is important to maintain season-long control, we recommend applying Acuron or Acuron Flexi in a 2-pass system: a foundation rate of Acuron or Acuron Flexi followed later by the remaining rate. This approach incorporates multiple, effective modes of action and helps ensure long-lasting residual control.

Visit Acuron-Herbicide.com or talk to your local Syngenta retailer to learn more.