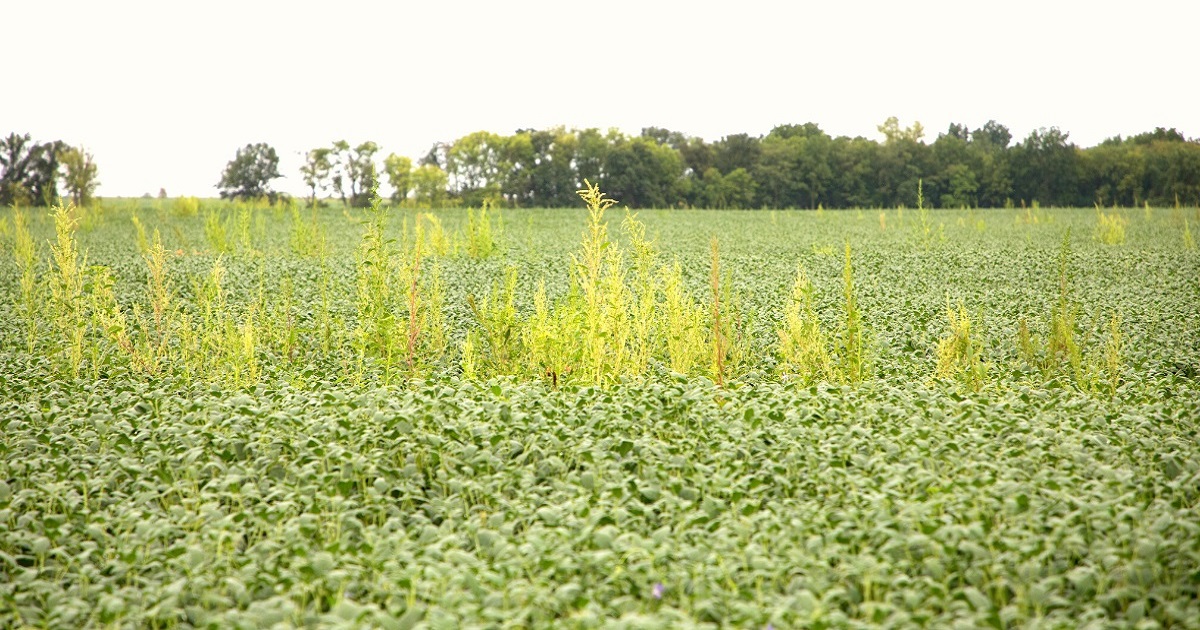 Weeds pose a broad range of threats, both long- and short-term. First, there’s the threat to yields from active weed populations that compete with young crops for water, nutrients and sunlight. Then, there’s the potential for future damage, as uncontrolled weeds can grow quickly out of control and spread from season to season.

We’ve previously discussed the 2019 factors that will likely lead to an increased weed seed bank this year. The Ohio State University Extension calls out 2 additional considerations that can lead to large weed seed banks: resistance to ag herbicides and the sheer volume of weed seed production.

If weed escapes do occur, the consequences can get out of hand quickly. That’s because weeds produce a lot of seeds, which can spread from field to field through machinery, wind, birds and other methods. This can allow herbicide resistance to spread as well.

Consider waterhemp, which can produce a million or more seeds per plant, depending upon plant size and date of emergence. The first year of a major waterhemp infestation is often going to lead to a second year with similar problems, because a grower will need some time to understand the situation and react, giving the weed time to spread.

To effectively manage weeds and avoid a rapidly growing weed seed bank, growers should choose a herbicide program that includes both broad-spectrum control and multiple sites of action. There are a few herbicides to consider as you’re planning for 2020. For soybeans, consider a burndown of Gramoxone® SL 3.0 herbicide followed by a strong preemergence herbicide, such as Boundary® 6.5 EC, BroadAxe® XC or Prefix® herbicides. In order to overlap residuals, an early post-emergence application of Tavium® Plus VaporGrip® Technology herbicide is an effective option. Tavium is the market’s first premix dicamba herbicide that provides both contact and residual control of weeds.

For corn, Acuron® herbicide plus Gramoxone SL 3.0 provides fast burndown and residual all in 1 pass. Weeds begin to damage yields as soon as they take resources from young crops. Acuron controls the tough weeds that other products miss, delivering 5 to 15 bushels more yield per acre*. Acuron can be followed up with a post-emergence herbicide such as Halex® GT. This approach also helps with weed resistance management, as it gives a 4 total sites of action in fields. Calculate how much more revenue you could be making with Acuron.

Learn more about actions you can take to keep tough weeds from jeopardizing your profits.

*Acuron yield advantage range based on 2016 Syngenta and university replicated trials comparing Acuron to Corvus®, Resicore®, SureStart® II and Verdict® applied preemergence and at full labeled rates. For more information on Acuron versus an individual product, ask your Syngenta representative.

Protect Cotton from Weeds and Grasses at Preemergence in 2023

Head Scab Robbing Wheat Yield and Quality in the Dakotas