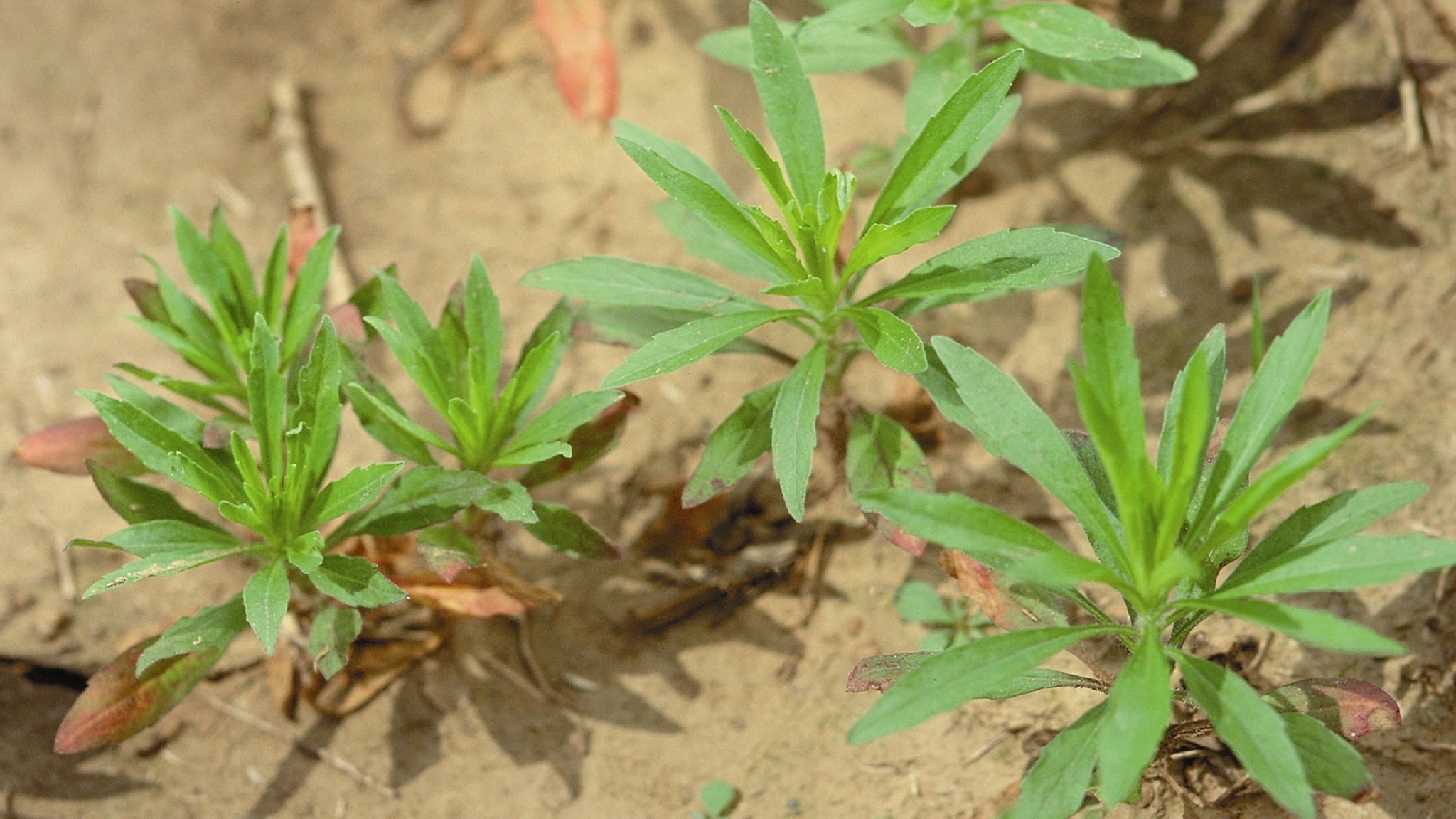 Marestail often overwinters and can prevent you from starting 2019 with a low weed seed bank. Apply a burndown herbicide to start managing marestail now.

Harvest may be over, but managing resistant weeds remains key. If resistant weeds go to seed, weather, machinery, livestock and wild animals can spread them farther. Managing your weed seed bank now is a critical component to next year’s weed management plan.

Seeds of several problematic weeds can remain viable in the soil for years, including:

Syngenta recommends the following practices to start the new season with a low seed bank:

Diversify weed management strategies and use multiple effective sites of action (SOAs) to increase 2019 yield potential. As you make herbicide decisions for the year ahead, plan a full-season herbicide program to keep fields clean next year and into the future. Our Resistance Fighter® program provides local recommendations for efficiently managing weeds and weed resistance in your area.